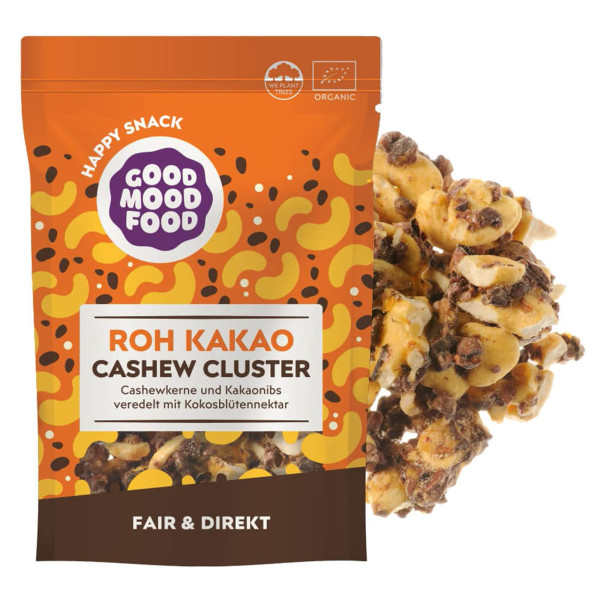 Cashew cocoa nib clusters are a mixture made from 100 % completely raw processed Cashews, raw cocoa nibs and Palm-flower nectar. A healthy and fun trail mix that promises pleasure without regret as it is only slightly sweetened and offers many biologically active nutrients.

Every single cashew nut was opened by hand, making them some of the most valuable and most nutritious cashews in the world.

The cocoa nibs are slightly fermented and carefully dried. They are mixed with raw Cashew nuts, briefly doused in coconut flower nectar and then sprinkled with a hint of Balinese ‘Fleur de Sel’. Afterwards the delicious mixture is dried at very low temperatures in a dehydrator.