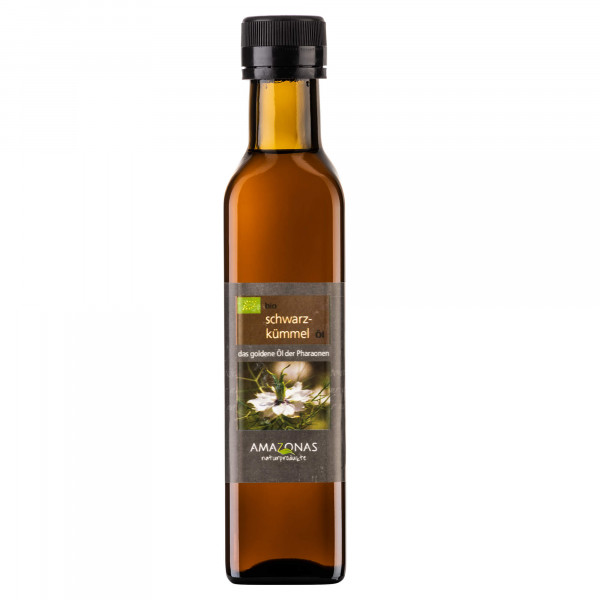 The golden oil of the Pharaohs
Close menu

For more than 3000 years, black cumin oil has been revered because of its many beneficial properties. The seeds of the real black cumin (bot. Nigella Sativa) is also named the ‘Oil of the Pharaoes’ due to the fact that black cumin seeds and a bottle of oil were found in Tutankhamun’s tomb. The Islamic prophet, Muhammed wrote this symbolic phrase in his book ‘Hadith’ : ‘Black Cumin heals every disease apart from death.’

For some time this precious natural product has undergone a Renessaince. Due to the unsaturated fatty acids, which directly influence and benefit our immune system, black cumin oil is seen as the most successful product of the previous decade.

Our organic black cumin oil is derived from seeds that come from the oasis El Fayoum, which is the richest agricultaral area in Egypt. The careful ‘stamp-pressing’ method used to extract the oil, enables all the precious ingredients to be extracted, giving this oil particularly high levels of unsaturated fatty acids.

Recommended serving: Daily, stir about 6ml oil (about 2 teaspoons) into a drink of choice, mixed into salads or added to other foods.