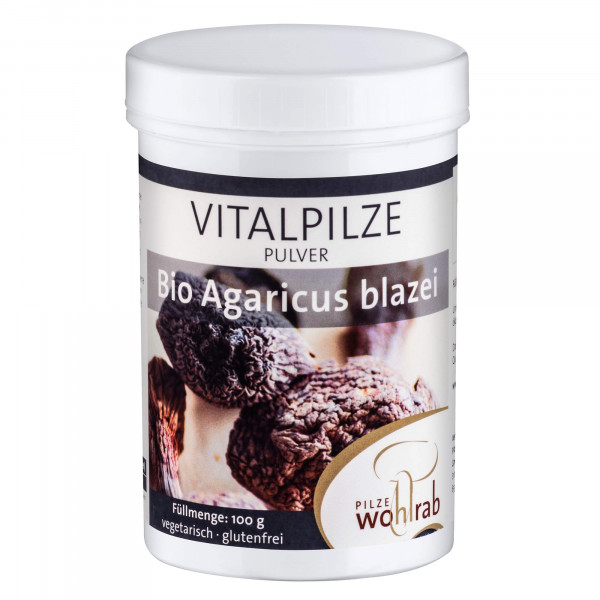 The almond mushroom from the rainforest
Close menu

The mushroom (bot. Agaricus subrufescens) is better known as Agaricusblazei Murill (ABM) but is also referred to as the ‘Mushroom of the Sun’ or ‘Mushroom of Life’. Its origins are from the brazilian rainforest and it is greatly prized among the indigenous people for its health promoting properties.

The rest of the world discovered its extraordinary abilities after 1960 when a Japanese researchers noted that the inhabitants of the Brazilian region of Piedade were healthier and had a higher vitality than the average Brazilian population. They concluded that this was due to their high consumption of the ABM mushroom. After their theory had been proven scientifically, the ABM mushrooms popularity began to spread worldwide, particularly in the USA and Asia. The ABM mushroom has become highly revered because of its positive effect on the helth of people. In Japan, Brazil and the USA, Agaricus Blazeii is officially accredited as a complementary drug in the treatment of cancers.

The Agaricus Medicinal Mushroom Powder that we offer is completely organic-- it is derived from the whole mushroom and processed and ground with meticulous care. The powder is gluten-free and lactose-free and is suitable for Vegans and Vegetarians as a health supplement.

Daily: mix about 1-2 measuring spoons (included in package) of powder into a beverage and drink it before or after a meal, or mix powder directly into your food.

Dietary supplements are not a subsitute for a balanced and nutritious diet. The recommended daily intake should not be exceeded. Keep out of reach of small children. Store in a cool and dry place.

*according to EU guidelines about labelling of nutritional value of food.